THE JESUS MODEL (submitted at the Lausanne III)

It’s not about me. I am not the one who gets the glory. It’s really about Jesus. These could be the words of Paul, as they describe his basic attitude as he seeks to serve Jesus and be God’s servant to the people to whom he was called. 2 Corinthians 4:5-18 give us a list of attitudes and phrases defining the Apostle Paul as a Christian leader.

Perhaps this is why Jesus never used the word “leader” when referring to his disciples.  It seems that the conventional leadership values in his time were not those Jesus wanted to transfer to the future leaders of the church. Although the religious establishment of his day was perpetuating a system that seemed infinitely stronger and more permanent than what Jesus did, history has proven His model endures. 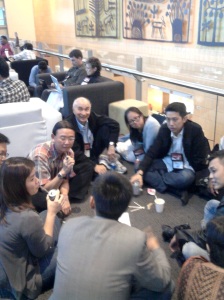 One of the key values that distinguished Jesus’ way of leadership was his priority on the Kingdom potential of his followers. Furthermore, the weight of the Gospel writings indicates that Jesus spent very little of his time building an organization. Although he could have grown a huge congregation which might have protected him from the wrath of the political and religious leaders, Jesus opted to invest in just a few people – with the goal of reproducing his heart for the world in those who would carry the Gospel torch after he returned to the Father.

Most leaders of today desire to be successful.  After all, how will an organization be effective in fulfilling its mission unless the leader is successful?  Comparatively speaking, the leadership choice Jesus made and models is risky. Yet the rewards are truly everlasting. By building people for the world instead of his small gathering, the face of the nations changed forever.  The two thousand years old assembly we call “the church” is the result of Jesus’ primary focus on transforming a few followers during his three years of ministry.

The message is profound for leaders who want to lead like Jesus. It distinguishes Jesus’ leadership from the utilitarian models that are discarded if they aren’t ‘successful.’ Those who lead Jesus’ way do so not because it is not the successful way to lead, but because it is the right way to lead.

2 thoughts on “The Jesus Model of Leadership [blog]”