“…less than one percent

Not so often we have an opportunity to read something from the past of Christian broadcasts in Europe. Trans World Radio’s first Hungarian program in Monte Carlo went on the air on July 5, 1961. There were several programs that were prepared in the beginning:

Prepare the Way of the Lord

This was an evangelistic program involving many pastors and laymen on both sides of the Iron Curtain. Since less than one percent of Hungarians living in Hungary and neighboring countries were born-again Christians, there was a great need to evangelize. 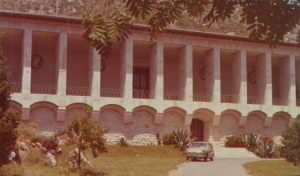 TWR in Monte Carlo (one of the buildings for broadcast)

There were many reasons for a children-focused program on TWR. The communist government in Hungary had a very strong influence on young children in the early 1960s. Education in the schools was strongly atheistic. Youth organizations were developed to further spread that atheism. Nothing related to God was mentioned. Sunday school was not permitted.

When Trans World Radio’s work began from Monte Carlo, there were many uneducated pastors in Hungary, and many churches were without pastors entirely. It was therefore very important to provide a solid biblical education for the Hungarian people. The first international Through the Bible project was Hungarian, and Joseph Steiner was the first to produce it.

Science and the Bible

Since communist countries place such a strong emphasis on science rather than on God or the Bible, it was very important to have a program that dealt with science and biblical truth. This science program was further developed and eventually became the Radio Academy of Science, being directed by David Fisher and broadcast by TWR in many languages.

Dr. Geza Kovacs structured this program as a casual discussion forum, which made it a new literary style for the Hungarian programs. The purpose was to bring the Gospel message very near to the everyday life of the listeners, and in many cases the participants used a debate style to accomplish this. The programs dealt with issues such as the family, the last days, and the person, work, and gift of the Holy Spirit.

It was about three months after the broadcasts began before TWR received a letter from a listener, but the letters soon began to come in such great numbers that it became difficult to reply to all of them. At that point, TWR Hungarian broadcasts introduced a follow-up ministry for their listeners.

We were all delighted when learned that Judy interviewed Joseph about his work with TWR then. Here are some excerpts:

This month, Joe is attending a memorial service in Budapest, Hungary, for his paternal grandfather, who is being honored for his founding of the Baptist movement in that country. The legacy was passed on to Joe’s father, who became the editor of the Baptist paper in Hungary during the communist regime. Following in his father’s footsteps, Joe was honored recently during the 50th anniversary of TWR’s Hungarian broadcast ministry from Monte Carlo, Monaco. Since 1961, Joe was the producer and “voice” of the Hungarian-language broadcasts, aired from the transmitter site in Monaco built by Hitler’s engineers during World War II.

“During our 50 years, some pastors were imprisoned; others lost their permission to preach; my father was caught and beaten by the political police; there was a shortage of Bibles; schools taught atheism, some churches were closed; and people had to worship in homes,” recalled Joe. “There was no television in Hungary at that time, and people eagerly listened to their radios for news from the West.”

Joe explained, “When we started the broadcast, it was three months before the first letter came, and it didn’t come from Hungary. It came from Croatia. The communist government was monitoring broadcasts and censoring letters.” A friend of Joe’s, aware of the security issues, made it possible for him to acquire a “radio name,” which listeners would hear and Joe could use to collect listeners’ mail from the post office box.

“In the beginning,” Joe said, “it was very difficult. The quality [of the radio programs] was not good. Everyone knew the difficulty of getting broadcast material from my home country behind the Iron Curtain.” In God’s providence, people put him in touch with Hungarian Christians in other countries to help prepare and record messages and church facilities were made available to serve as studios.

“Just before her attempt to kill

herself by drinking poison,

a young girl was saved.”

Joe said the listeners were very responsive to the programs: “Farmers returned from the fields in the early afternoon to hear the Word of God, while others set alarm clocks so they could hear the late programs. We received letters from people who were saved, some of whom Marge [Joe’s wife] and I were able to meet. Drunken fathers stopped drinking. Marriage problems were resolved. Communist party members learned about God. A prisoner accepted the Savior through the programs. Just before her attempt to kill herself by drinking poison, a young girl was saved.”

Can you put yourself in the Hungarians’ shoes, imagining what it would be like to have Joe’s “voice” of the gospel in your own heart language break through the silence and hopelessness that ensnared them? It took the “united efforts of many Christians” to make the mission a success, Joe said, and it continues to do so today as TWR reaches into countries still largely hostile to the Gospel.

TWR Partner in Hungary is MERA.

The Constantinople translation of the Bible into a then modern Bulgarian language appeared 140 years ago. Until that publication, the Old Church-Slavonic translation was used for centuries. That translation is connected to Ss Cyril and Methodius, who served also in a present day Slovakia, Slavonia, and their pupils later went to Bulgaria and Serbia bringing the Gospel of Salvation. 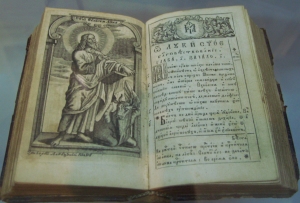 Here is an excerpt from a R. Milanova report: The Bulgarian Bible Society organized an event at the St. Kliment of Ohrid University in Sofia. Everyone had an opportunity to touch and examine some of the older editions and translations of the Bible, provided by the library of the Theological Faculty of the University. The conference was opened by Prof. Dimitar Kirov, who encouraged all present to give an important place for the Bible in a society: “Word of God is manifested in the lives of millions. God is present in a place, where have two or three gathered in His name. For the value of the Bible have written the Church Fathers and ecclesiastical writers who have read it and thoroughly interpreted it. The church takes the Bible as special spiritual nourishment, as is our Eucharist, but also as a major incentive for more active spiritual life. Ignorance towards Scripture is tantamount to ignorance towards Jesus Christ. A Christian who is not fueled by biblical knowledge is not living fully.”

Have you read your Bible today?

Evangelski vestnik is a ministry of Studio 865, the TWR Partner in Bulgaria.

After she was released from a concentration camp (due to a clerical error they say), Cornelia ten Boom visited more than 60 countries in the next 30 years, serving as an ambassador for reconciliation. She was arrested in February 1944 for hiding resistance workers and Jews in Haarlem, the Netherlands. Some of us have seen the “Hiding Place” movie or read the book.

Corrie also recorded a number of her messages on the radio, and TWR was able to broadcast them (now available in books by Zondervan). She was recognized as “Righteous among the Nations.”

Visiting a ten Boom museum yesterday was a powerful witness to me and colleagues. Have you read 2 Corinthians 5th chapter recently?