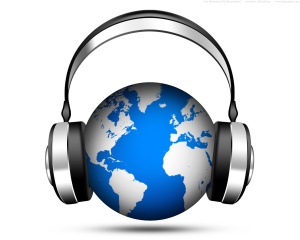 Today is the World Radio Day (13 February), according to the UN. To honor that, let us read some Kundera on the proliferation of content/music/commercials… It does not have to sound that way :). Radio also brings good news, check http://www.twr.org for example.

As early as 1930 Schoenberg wrote: “Radio is an enemy, a ruthless enemy marching irresistibly forward, and any resistance is hopeless”; it “force-feeds us music . . . regardless of whether we want to hear it, or whether we can grasp it,” with the result that music becomes just noise, a noise among other noises. Radio was the tiny stream it all began with. Then came other technical means for reproducing, proliferating, amplifying sound, and the stream became an enormous river. If in the past people would listen to music out of love for music, nowadays it roars everywhere and all the time, “regardless whether we want to hear it,” it roars from loudspeakers, in cars, in restaurants, in elevators, in the streets, in waiting rooms, in gyms, in the earpieces of Walkmans, music rewritten, reorchestrated, abridged, and stretched out, fragments of rock, of jazz, of opera, a flood of everything jumbled together so that we don’t know who composed it (music become noise is anonymous), so that we can’t tell beginning from end (music become noise has no form): sewage-water music in which music is dying.”  (Ignorance, Milan Kundera)

One thought on “Radio as an enemy [blog]”